The list of entries for the upcoming 2020 ITTF World Team Table Tennis Championships has been unveiled as the sport’s biggest teams prepare to face off in Busan, Korea Republic from Sunday 22nd to Sunday 29th March for one of the sport's most coveted titles.

Share to FacebookFacebookShare to TwitterTwitterShare to PrintPrintShare to EmailEmailShare to MoreAddThis 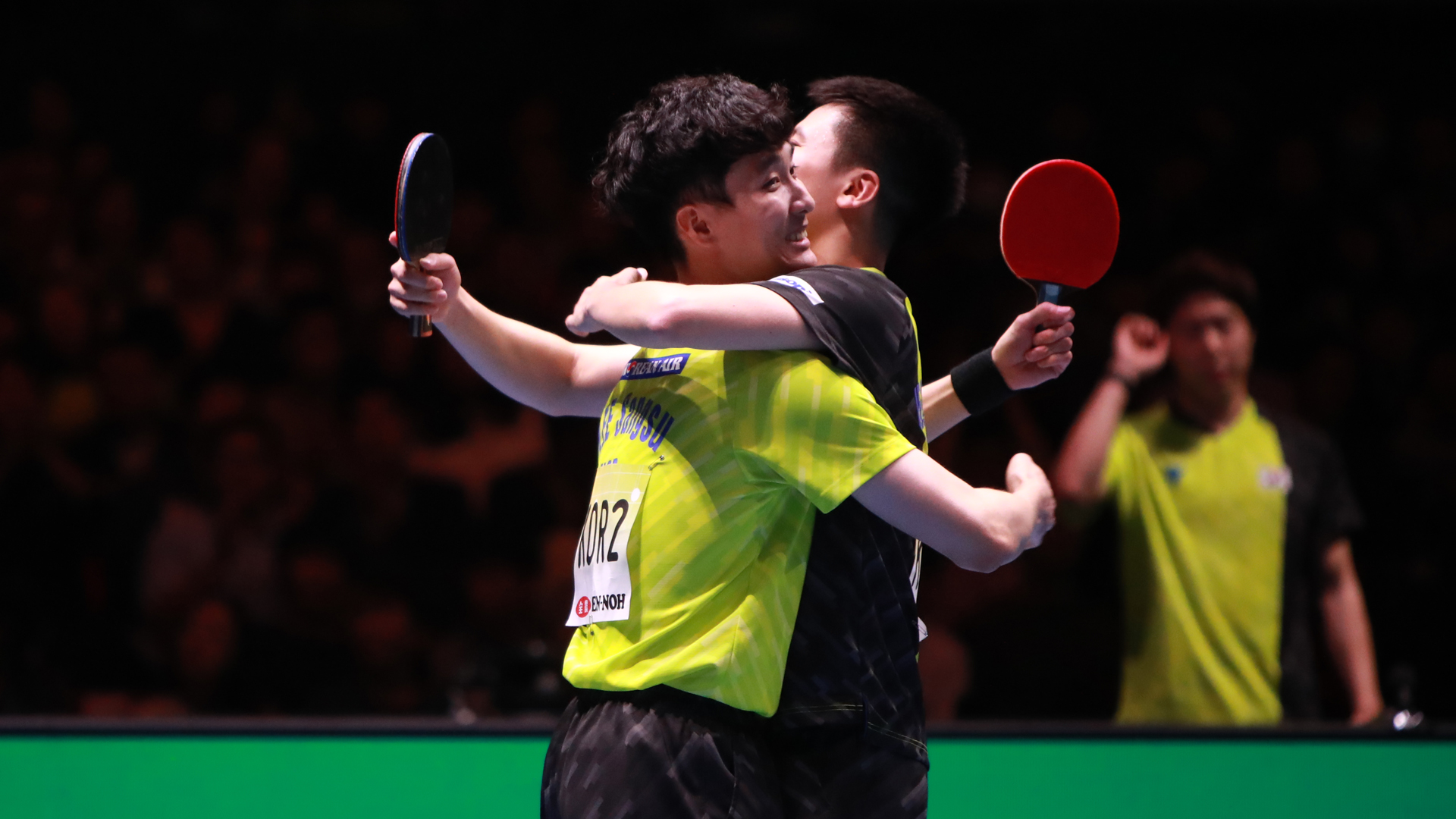 Will it be celebrations all-round in Busan for hosts Korea Republic? (Photo: Rémy Gros)

Boasting a miraculous record, China is very much the team to beat, as anticipated the tournament favourites have announced mighty line-ups for both the men’s and women’s team events.

Olympic and World champion Ma Long is joined in a formidable men’s roster by Men’s World Cup and World Tour Grand Finals winner Fan Zhendong. They line up alongside former World no.1 Xu Xin; Liang Jingkun and Wang Chuqin complete the team that seeks an impressive 22nd success in the category. 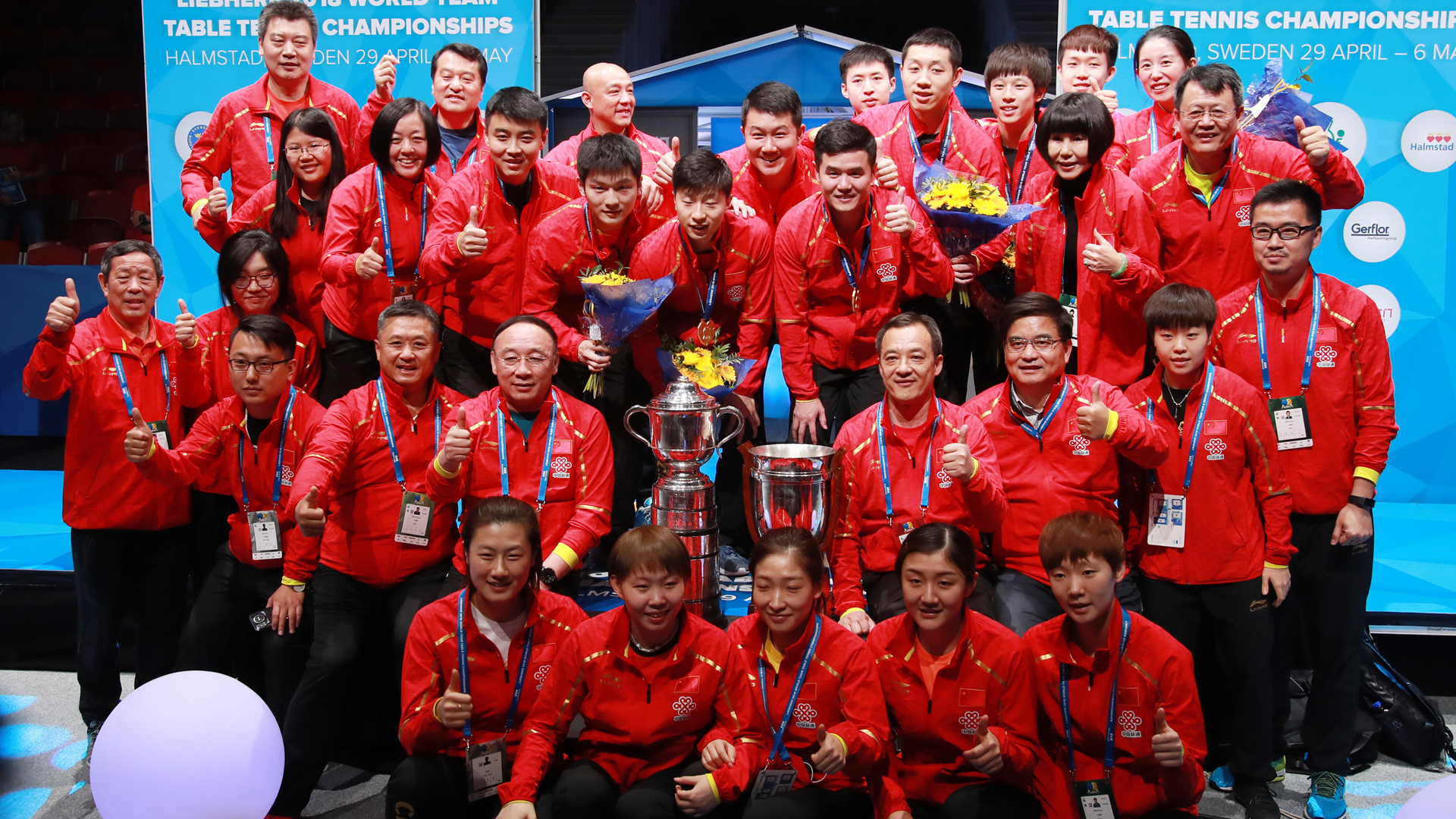 Can anyone stop China from defending its titles? (Photo: Rémy Gros)

Is it Japan’s time to shine?

Possessing perhaps the biggest threat to pace-setters China is another Asian outfit in the form of Japan and with the 2020 Olympic Games being played in Tokyo later in the year, the world will be watching closely.

Teenagers Tomokazu Harimoto and Mima Ito have proven to be a thorn in the side of Chinese efforts over the past couple of years, while the likes of Jun Mizutani, Koki Niwa, Kasumi Ishikawa and Miu Hirano all know their way around the table. 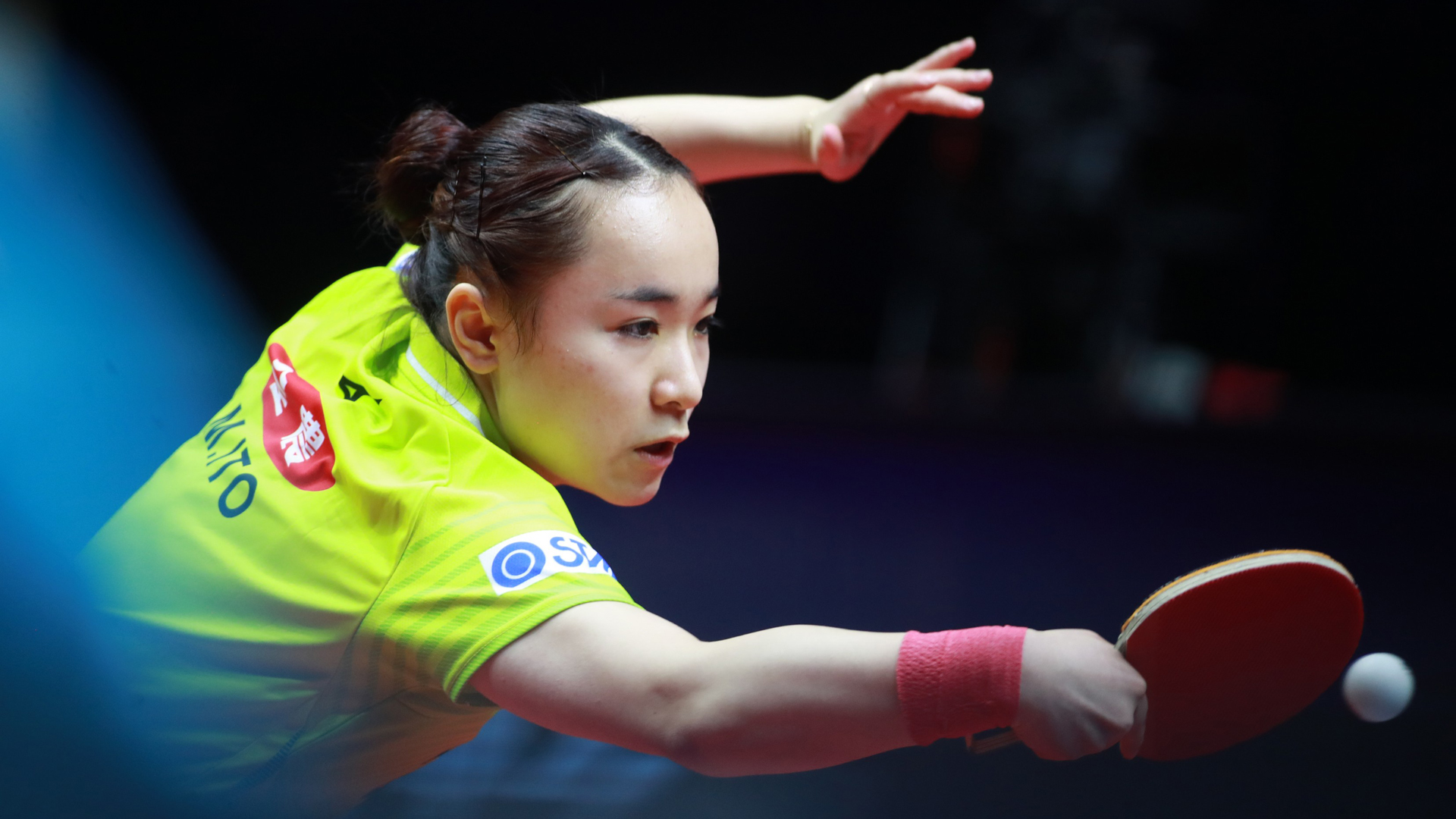 However, the fact of the matter remains that Japan hasn’t lifted a trophy at the World Team Championships since 1971 when the women’s contingent won in Nagoya – does Busan 2020 present the Land of the Rising Sun with a serious opportunity to shine?

Competing with the backing of the home crowd, Korea Republic gains automatic entry as host nation and possess plenty of quality amongst its ranks: Jeoung Youngsik, Lee Sangsu, Jang Woojin, Suh Hyowon, Shin Yubin; these are just some members of the country’s star cast. Not just looking to put on a good show, Korea Republic means business!

Chinese Taipei is another key contender in the race for silverware, looking to add to its collection of three World Team Championships medals. The emergence of Lin Yun-Ju over the last year has strengthened Chinese Taipei’s hand tremendously on the men’s side while Cheng I-Ching remains a constant threat to those at the very top of the women’s game. 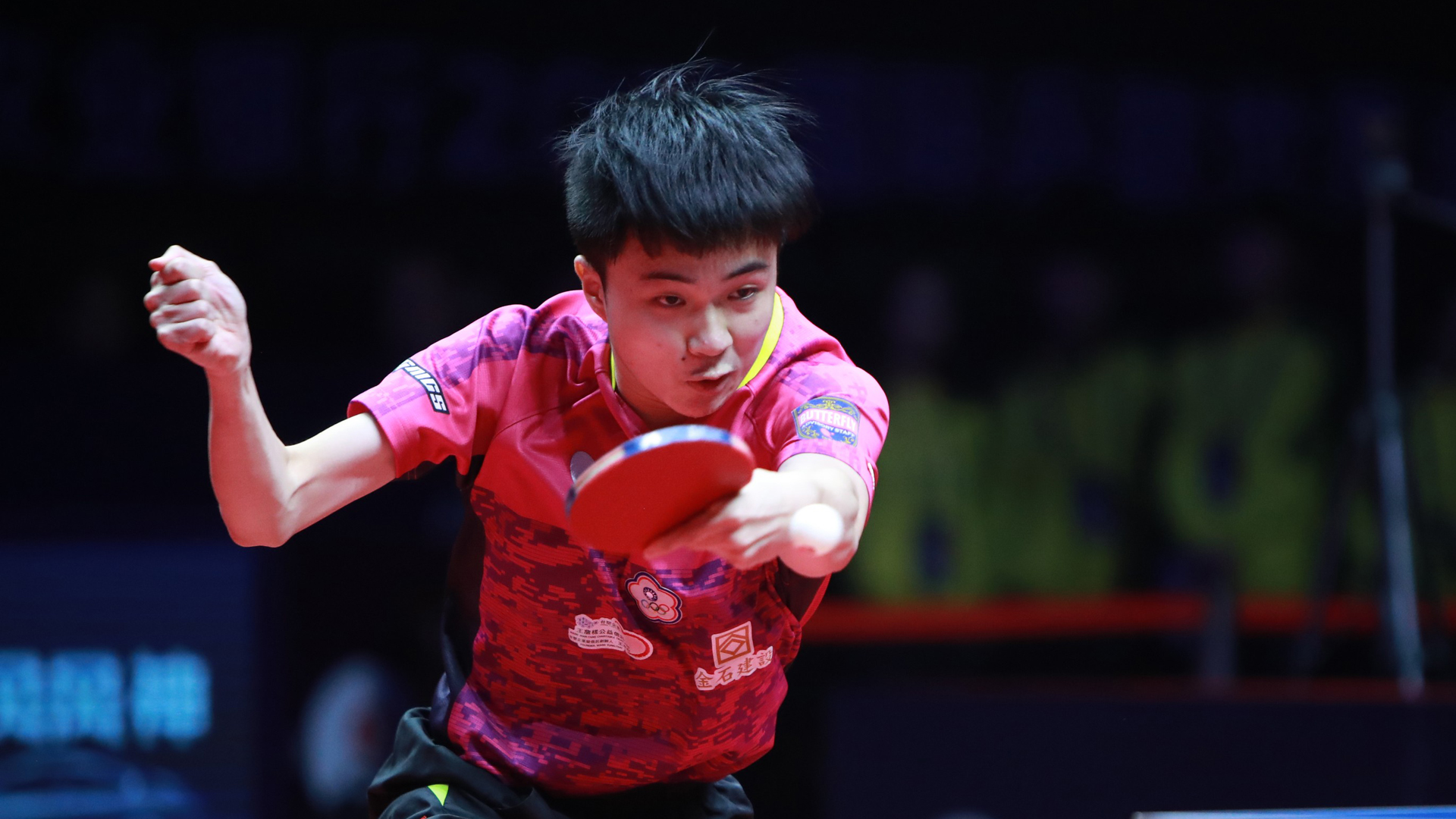 Shocking table tennis fans across the world with an unforgettable gold medal finish at the 2010 World Team Championships, Singapore makes the women’s team qualification list as does Hong Kong China. They will certainly be a force with which to be reckoned. Also can India continue to show signs of progress?


European elite to join the party

Finalists in four out of the five previous men’s team finals, Germany remains the European powerhouse with legendary icons in Timo Boll and Dimitrij Ovtcharov at its disposal; moreover, Patrick Franziska has shown the extent of his capabilities with victories over some of the world’s finest.

Aside from Germany, only two European nations have landed a World Team Championships men’s team medal in the last decade: England in 2016 and Sweden in 2018. Both make the roster in Busan and, with star names such as Mattias Falck and Liam Pitchford in their respective ranks, each will offer a serious challenge to those standing in their way.

Women’s team champions of Europe in 2017 and 2019, Romania is in search of its first medal at the Worlds since 2000. Bernadette Szocs, Elizabeta Samara and Daniela Monteiro Dodean have been the driving force behind the country’s recent success while a flow of fresh new talent also continues to come through. 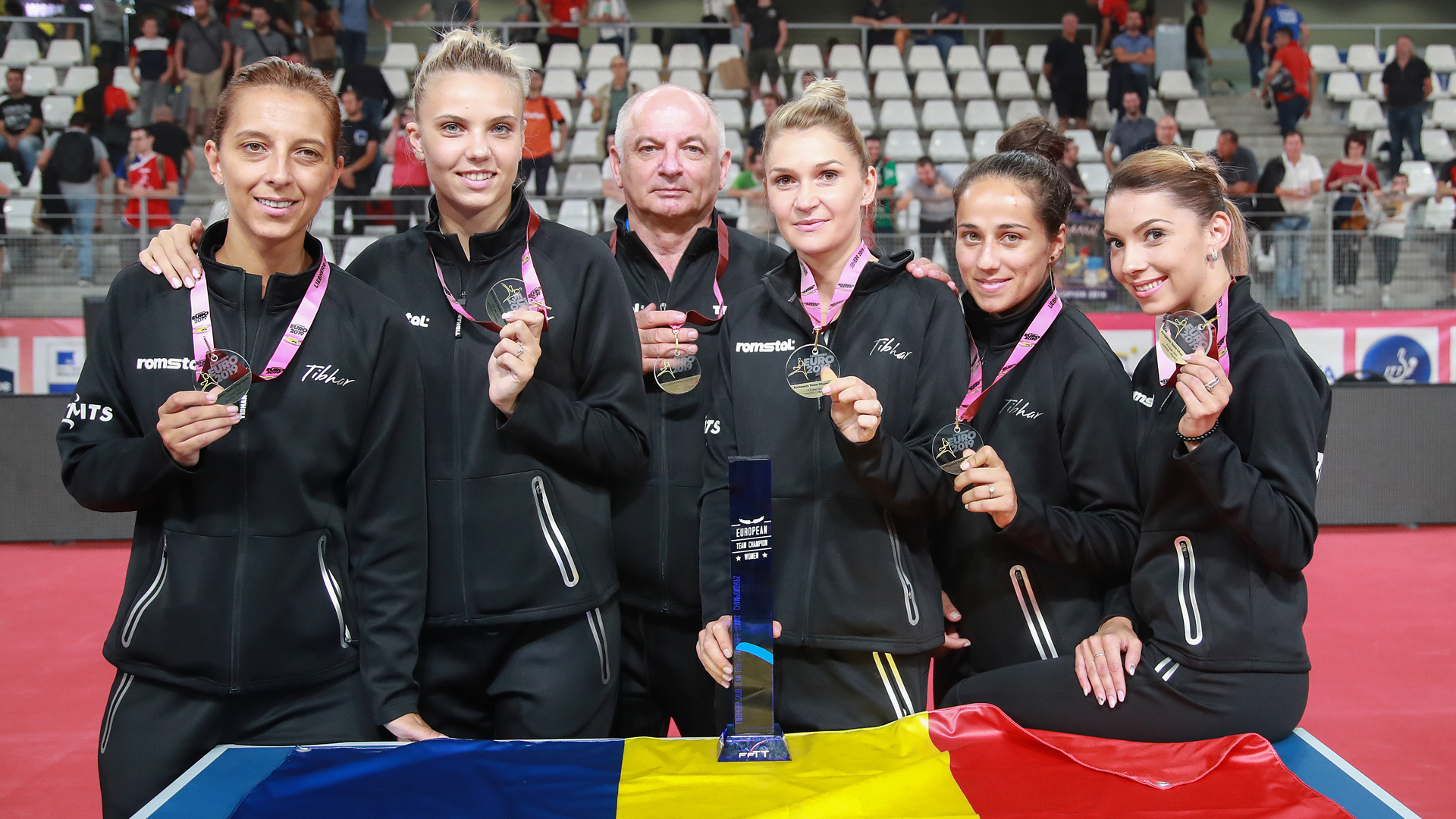 Joining Romania in fifth position at the 2018 World Team Championships, Austria and Ukraine will be hoping to replicate that performance in Busan. Elsewhere, Germany will, as always, put up a brave fight while Portugal will be looking to build upon its impressive runner-up finish from the 2019 European Championships.


Interest from all corners of the globe

Once again, the African charge will be led by Egypt and Nigeria, the continent’s most successful teams in the past decade. 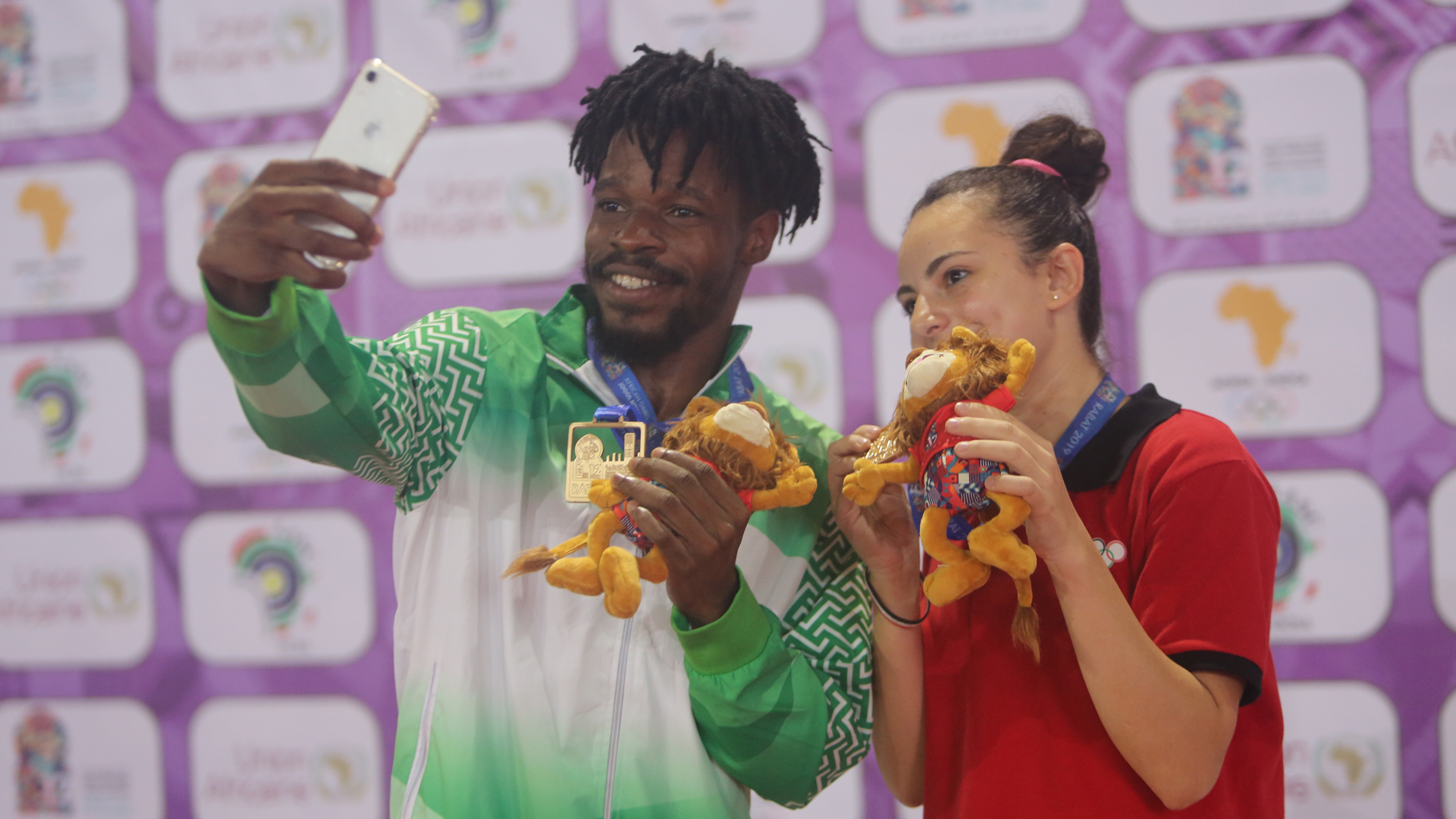 Locking out both team gold medal positions over the past six editions of the Latin American Championships, Brazil is the nation to watch, especially on the men’s side – Puerto Rico will be looking to set the women’s stage alight with its exciting cast of young superstars.

Continuing to make great strides on the international stage, the United States of America will be keen to create more positive headlines in Busan, especially with Houston playing host to the 2021 World Championships.

Also present in both team categories are Canada, Australia and New Zealand.